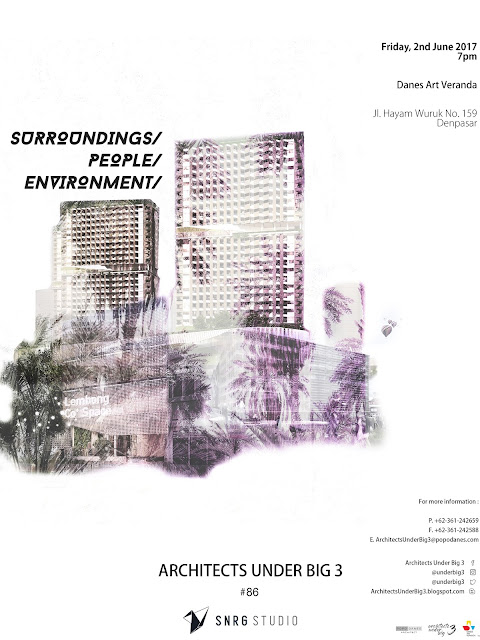 “For Surroundings. For Environment. For People. Project by Project”

We often see problems in our surroundings and environment, moreover if you open your problem seeking behaviour lenses to Indonesia as general. There are two options as an architect: close your eyes and design beautiful things in deceit or struggle to solve real problems. SNRG Studio exists for the latter - solve problems. Our design decisions made with contribution to the surroundings in mind. Not just to pursue beauty with beautiful materials and the application of advanced technologies. Our designs restore architecture not just for users, but also the environment and people around. From small pragmatic solutions to revolutionary big concepts, SNRG Studio focuses on opportunities to engage in two main typologies that cover the lives of many people: housing and commercial. Step by step, project by project to construct a better future.

During its first built project, SNRG Studio discovered that the residence they had designed is actually a paragon of visionary notion in future architecture. Not only it succeeds to deliver comfort for the occupants, it has also numerous financial benefit such as decreasing electricity bill by almost 50%. The fact that it was built over an ill-performed existing house is what makes it even more futuristic in the sense of environmental well-being. We called it Wijaya Compact House. Located in Wijaya District, a suburban area next to a Commuter Line Station - Kranji, the tiny house shares 80 sqm of space for the Ridho family. We were being commissioned to reimagine the existing house, a government built home intended to serve low income working class citizen. The house was brutal to say the least. Lack of daylighting, no air flow due to bad ventilation, low ceiling and many other ineffable horrors. It literally looked like an abattoir. So we started with a small thing - a courtyard. By opening the pivot centre of the site, we created a big light well which helps to serve as a natural daylight source while inducing stack effect air flow and adding a biophilic impact to the interiors.

A design strategy so simple but highly beneficial to the occupants let alone the environment. Thousands kilometres from Wijaya, we found ourselves challenged again with a slightly different issue. It was in Pittsburgh, United States and a young businessman by the name of Azizan had assigned us to do one simple task - redesigning a typical american cityside house. The space was incredibly tight and the glare which was coming from the window is highly unbearable. There was even no room for a proper dining. To answer this, we started small - a balcony. A smart retractable porch system; extending the space for dining in the 2nd floor and 3rd floor while eliminating glare and unwanted heat gains from the window. We did a daylighting simulation and the result was just perfect. It is being installed as of now and we are excited to see how it goes once it has been done. Again, simple things with on-point impacts.


Back again in Indonesia, where we always think that the idea of minimalist home is ludicrous, a new house was waiting to be designed. Almost as similar as what we had in Pittsburgh, this couple with three children were disatisfied of their dark, gloomy and sorrowful house. They also complained about their relative house’s being inefficient and troublesome which happened to be just in the proximity of the desired site for the new house. So again we did what we always do - we start small. We introduced a corridor for living to control the overall volumetric of the house and we placed a garden at the end of it. The big garden at the outside is now connected with the small garden in the inside, hence we called it the Garsidence: Garden Residence.

Commercial: Profit to The People

First commercial experience for SNRG Studio is a competition entry in Serpong. We opt for quite a different approach than commonly developed shopping malls around where you hardly can find public seatings. These method is commonly used so customer would rather choose the café they want, spent some money and stay in that place for some amount of time. The task is to build a mixed use of commercial and residential added with transit oriented development due to a bus station nearby in Serpong, Banten Province. We proposed a large communal area at the heart of the shopping center as a hub and meeting space between the CBD and the nearby station. We try to emulate public plaza concept where the centre of attention is the activity between the people. Retail, cafe, restaurant is a mere complement for generated activity. We genuinely confident that this concept will succeed for all parties. The retail, of course, will remain profitable because of the public plaza we offer will create a warm community of people choosing to meet in this place. Claiming back the place for the people while retaining profit is possible. Profit is the main reason a shopping centre exist after all.


As our first built commercial project was a small cafe on strategic location in east jakarta region. Located at the cross between layur street and tenggiri street this small sure have a potential to become an attraction to anyone who passed these street. The existing building was an old house with a standard plan setting that are not favorable for making a cafebar concept, so we decided to clean up all the room borders, while maintaining existing structure to keep aligned with the low cost construction issue. To maximize it potential as a center of attention, the facade are designed to stand out between it’s surrounding but still within context with baby spa function beside the cafe. Not only attactive in the outside, we also designed an custom iconic furniture, menu, and even visual design(eg, logo,wallart,typography) to make sure this 100 sqm cafe can become unique yet still contextual in order to fulfill the clien needs to make most popular cafe in this area.

For our next gig we travel to the most beautiful and intriguing island in Indonesia, Bali. We analyzed that there are too many places here developed mainly for tourists offering high end interior, suave sofas and fine foods. We intended to disrupt that trend by making a rendezvous point where locals and tourists can blend into a bustling community in an affable place, Foodbox Bali. Lowering construction cost so locals can rent a place to start their venture and create a buzzing community that attracts tourists to come because of their innovative goods they are offering. We chose container because it is one of the easiest and quickest unit to be assembled. Lowering material needs, lowering labor cost, pushing lower capital, optimizing function.


What’s Next?
Recently SNRG Studio was given the chance to develop a housing masterplan for a large tract of land and we did something that never had been thought of before. Imagine a dwelling unit constructed of independent block modules shipped from a nearby factory in the Balaraja Municipality. You purchase it online by making a subscription account and over the week, your block set is ready. The next thing you want to know is how well the blocks are performing. You check it through the app, how much electricity consumed, how much lifetime the windows or doors have left, how much saving you got this week - literally everything. After weeks of saving so much, you can now order an additional block. Say you want to add another ‘living room’’ block, you order it online and in a few days, your new living room is ready to install. By doing this, people will own a property that is ever-growing and flexible to their liking and needing. We are able to own a house that is smart and independent that saves us millions worth utility bills and saves the planet an awful lot of energy. This is the combination of modern day IT world and architecture. This is the dwelling system of the future. This is SNRG Studio.

About SNRG Studio.
SNRG Studio is a collective of young emerging architects from Institut Teknologi Bandung. With more than two years of experience, our budding expertise in architecture world is unparalleled. With approach to futurism and local wisdom, our design vision represents quaintness of the past and simplicity of the upcoming. SNRG Studio believes in bare aesthetics and delicate sustainability as an approach to design. With realised projects located in Jakarta, Bekasi, South Tangerang and even Pittsburgh, United States, SNRG Studio is striving forward to seek the perfect combination of architecture and technology. 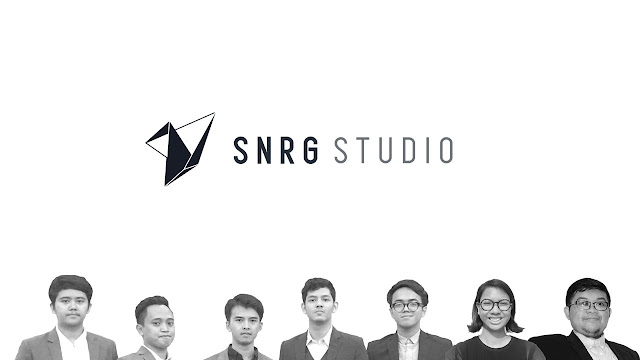